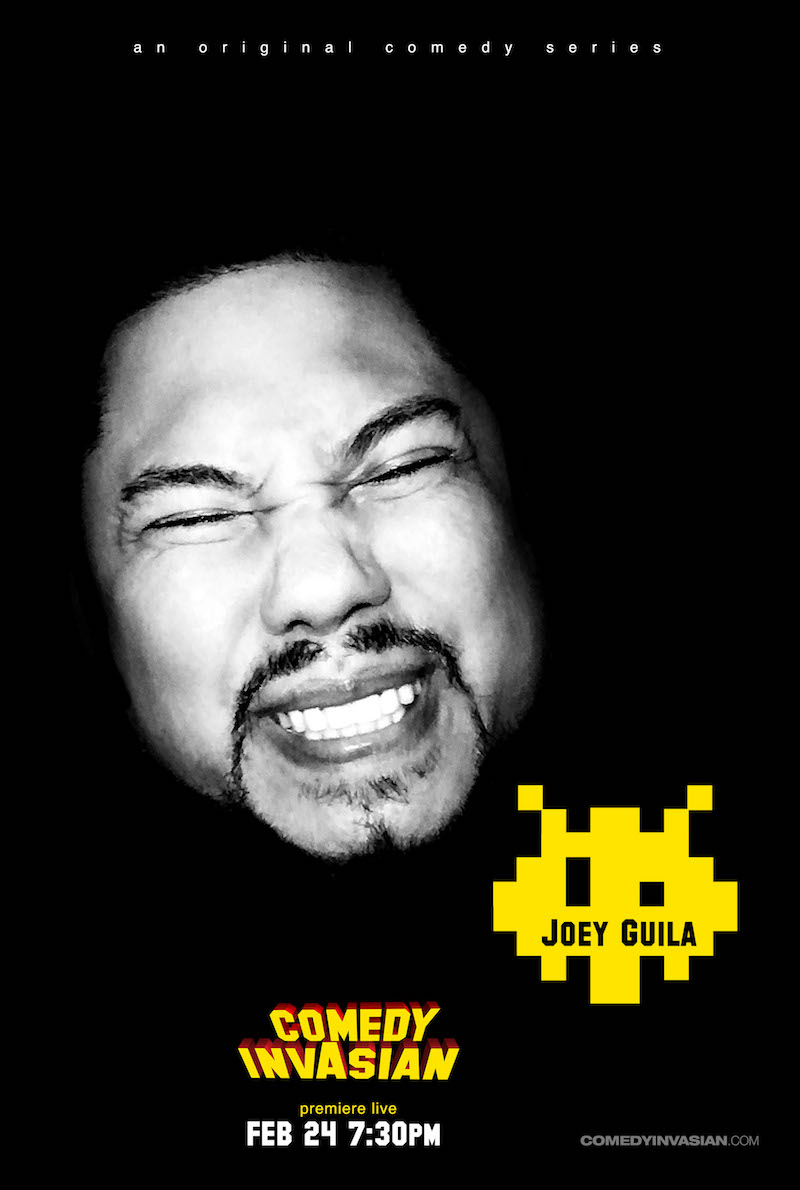 On Friday February 24 at 7:30 pm, Joey Guila will perform his one-hour special for Comedy InvAsian.

Joey Guila has been featured on VH1, G4 Tech TV, Showtime and was the headliner on The Filipino Kingz Tour. In 2003 he won the regional “Kings Of Comedy Search” competition. Joey also has hosted two TV shows on Myx TV called That’s My Jam & Myx Rated which won a Telly Award.

Please note that this is a live taping so come early and be prepared to laugh!